All Ipe Is Not Created Equal

As a lifelong lumberman, I’m accustomed to a world of relative certainty: grades are well defined, producers play by an accepted set of rules, and you can reasonably expect to receive a product that matches what you think you bought, at the price you paid.

My trip to Brazil taught me that the world of Ipe is nothing like that.

Take pine, for instance: When a consumer purchases #2 Ponderosa Pine, there’s an accepted grade standard for #2. The consumer can easily know what to expect in terms of knot structure, wane, moisture content, etc. The grades are defined by an independent agency and the producers understand there are standards they must live by.

Seriously – when consumers buy Ipe, they just ask for the species by name, as if it were a brand. But Ipe is not a brand, and there are enormous variances in the quality produced by different manufacturers:

All of the above can mean an enormous gulf of quality from one supplier to the next, and often from one load to the next. Because it’s all just called Ipe, with no grade delineations, the end user and the homeowner bear the brunt of the quality uncertainty in higher waste factors and in projects that don’t always turn out as expected. Running into 15% waste on a project? Seeing a lot of reverse grain? Got a lot of twisting and bowing? Yeah. You bought “Ipe.”

So what’s the recourse? How can well-meaning lumber dealers and quality-minded consumers ensure that the Ipe they purchase is the “good stuff?” By purchasing a brand of Ipe they can trust, that has a history of living by specific rules around quality. By working with suppliers who can speak intelligently about the grade of Ipe they’re supplying. And especially, by understanding that there’s more to the Ipe game than finding decking at the lowest price possible. Found a cheap number out there from an unbranded source? There’s probably a reason for it.

When considering the overall cost and longevity of a decking project, a few cents per lineal foot of Ipe isn’t terribly significant. When you factor the additional waste a project can accumulate, or the results of a project utilizing fiber rife with knots or reverse grain, it becomes more critical to consider the source of the Ipe you’re purchasing. 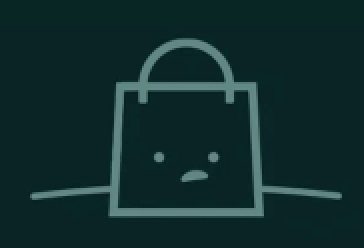 Fill out this form, and we'll email you a unique link. If you would like to share this product list with someone, just enter their email below.